The United States is no stranger to pipelines or pipeline networks as over 3 million miles of mainline and other pipeline networks traverse the continent currently. Over half of our current gas pipeline infrastructure has come in the 1950’s and 1960’s. This was in response to the increased demand that actually doubled in the years following World War 2, and that demand hasn’t slowed since. This distribution network meant more homes and businesses had access to clean and efficient natural gas and at a better cost. In fact, between 2003 and 2008, natural gas costs continued to increase, but with advancements in drilling and production techniques that allowed access to previously unreachable gas reserves, prices have decreased since 2009. Due to increased production and demand, the need to further enhance our nation’s ability to deliver more energy has become more crucial than ever. To date, most of the new construction has been in the Northeast area of the country, and the transportation networks consist of elements such as: 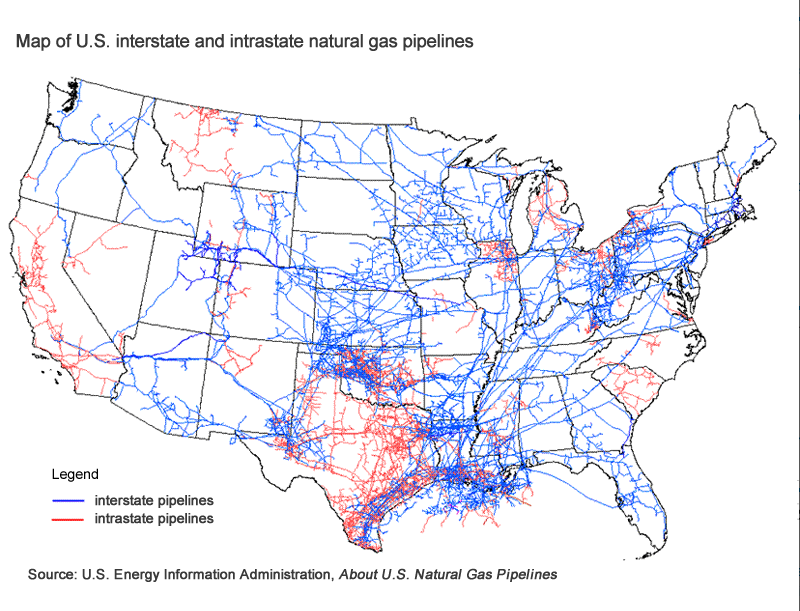 Access to more energy and at better costs has not come without some serious opposition, however. The most famous of which is TC Energy’s Keystone pipeline, which was abandoned in June of 2021 due to the loss of its Canadian-backed energy infrastructure company. The goal of the Keystone pipeline, originally proposed in 2008, was to transport 830,000 barrels of crude oil to refineries in Texas near the Gulf of Mexico. While this represented a huge victory for the cost of energy, opponents looked to the environmental and right of way impacts that the Keystone XL presented during its construction. During that time, in October of 2019, 378,000 gallons of tar sands were spilled in North Dakota, causing an environmental crisis and further examination of the efficacy of large-scale transmission projects such as these. In addition to the issues with spills and leaks, the potential for serious long-term environmental impacts on the groundwater of the Ogallala Aquifer, as well as the countless farms, communities, and ranches that would need to be traversed upon its completion. In hindsight, the Keystone XL project simply carried too many risks to ever be fully realized as a viable long-term option to deliver energy for domestic and international consumption. 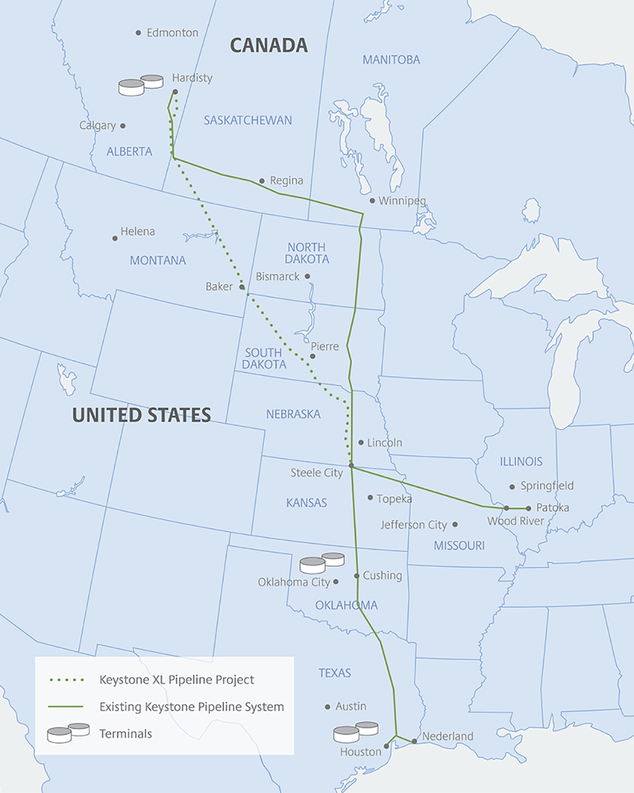 So, where does the need for large projects like the Keystone XL leave the country in terms of distribution and consumption? That answer is becoming clearer each year, and by 2023, the United States is set to become the largest exporter of LNG anywhere in the world. Further, the need for natural gas is projected to climb until 2035 at which time, demand is thought to start plateauing according to McKinsey. This “leveling off” of dependence on natural gas means that while there are still many pipeline projects to come in the next 10-12 years, global sentiment and policies are changing in the form of decarbonization that would essentially phase out our dependence on fossil fuels in favor of renewable energy. For the immediate future though, the United States is poised to export up to 30 bcfd of LNG to Mexico into 2030 due in large part to high demand from Asia.

Although the policies of complete decarbonization loom large over the United States in the coming years, the idea that our nation would ever be truly zero carbon-based is simply not true. This is especially true in power generation applications where southern and mid-western regions are still relying on our vast network of pipeline distribution systems to fire power plants. The long-term reliability of which is simply unattainable in current renewable methods such as hydroelectric, and battery-driven applications. For the time being, it seems that these methods are simply not as viable and in an area as critical as power generation, proponents of natural gas have little opposition when it comes to keeping the lights on.

Over the past fourteen years, some 51,139 miles of pipeline or the equivalent of 28 Keystone XL’s have been built to satisfy our demand, and have largely proven to remain as one of the safest and most cost-effective means of transportation over ship and rail known. So, while the pundits and lawmakers continue to debate the immediate future of pipelines in North America, those lines continue to deliver energy daily to our nation and as exports resulting in trillions of dollars at stake as we head toward a more renewable future. Pipelines and pipeline construction aren’t waning and along with all the new construction come obstacles that can impede on right of way access and even the timing of these construction projects. The biggest culprits? Large or hard to access bodies of water that need to be diverted to ensure a successful pipeline construction project. With millions or more at stake in lost time each day, traditional methods of water removal only added to the challenge of timing adding days or even weeks to already razor-thin construction schedules. In the modern area of pipeline construction, this was unacceptable.

For over 25 years, Aqua Barrier®, the home of the original water inflated cofferdam, has allowed both large and small-scale pipeline construction projects to operate in a dryer, safer environment. Rapid deployment and worldwide access mean clear worksites in as little as 2 hours instead of days with traditional dewatering methods. It’s the reason that some of the largest and most well-known pipeline and oil and gas companies trust the Aqua Barrier® as their solution to divert and dewater critical worksites. With water and sediment height solutions from 1.5 to 6 feet, and sizes in between, the Aqua Barrier® is one of the most versatile and crucial pieces of equipment in wet environments. Additionally, our solutions are designed to work in unison at various heights for uneven terrain, creating a safe and dry worksite that maximizes uptime. When your next pipeline construction project involves water diversion or needs an extra measure of safety in harsh environments where flooding can be a concern, contact Aqua Barrier® for a quote. Our solutions will not be beaten on purchase or rental prices anywhere, period! 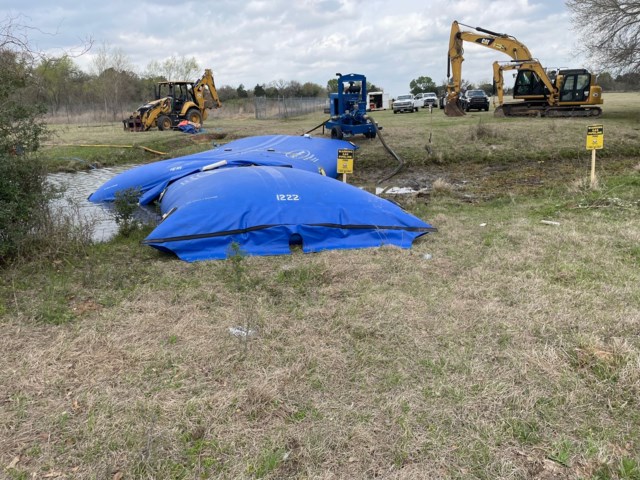