Ask almost anyone on the Gulf Coast about August 25th, 2017, and you’ll hear words like “biblical”, “once in a lifetime” and “devastating”. Hurricane Harvey caused over $125 billion in damage and is considered to be a once-in-a-lifetime flooding event that brought with it storm surges up to 8 feet and displaced millions of people from their homes. To those who live in Houston and major metro areas near the coast as well as major rivers like the Mississippi, Missouri, or Ohio, flooding is always a very real threat that stays on the mind of residents and municipalities who must plan ahead for these occurrences.

As shown below during the height of Harvey, the magnitude of flooding and its effect on loss of life and the lasting financial impact are hard to fathom even years later. 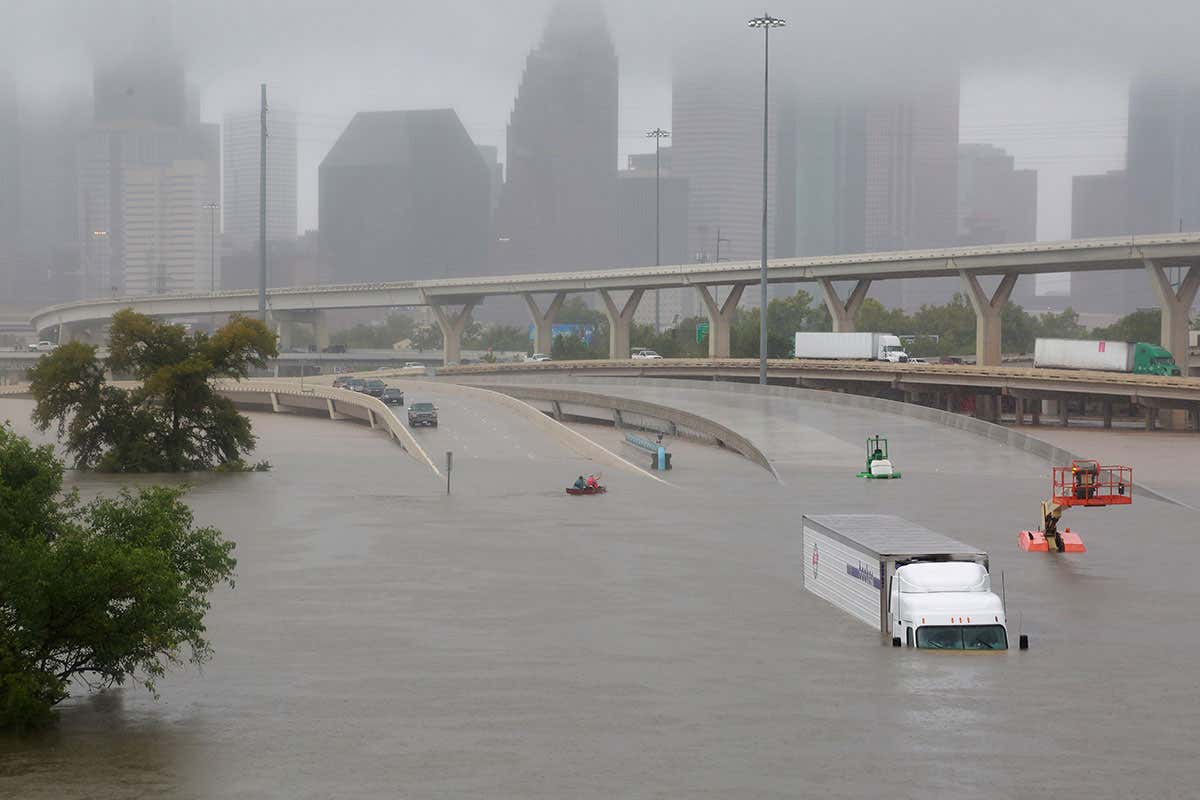 Flood events, from as recently as July 2022 in Missouri, are a strong reminder of how quickly even flood-hardened cities such as St. Louis can be susceptible to rising waters from river systems. This particular storm dropped over 9 inches of rain in 24 hours, surpassing the highest one-day rainfall ever recorded, and was considered to be a less than 1 in 1,000 chances event in an average year. Recent flooding events such as these seem to favor high or nearly impossible odds but are occurring with more frequency than ever before and causing more deaths and financial loss with it. 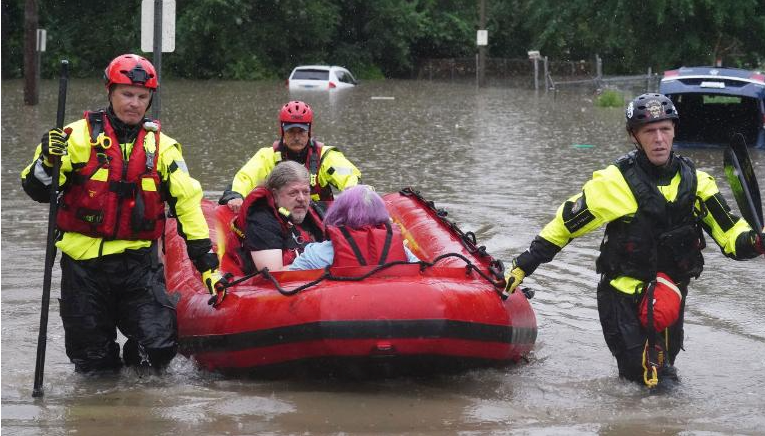 Along with the rise in flood events across the country, comes the search for ways to mitigate the threat of death and property loss. Major hurricanes are unique in that there is usually some time to prepare for evacuations and the massive traffic exodus that usually comes along with it as residents seek to move to higher ground or to stay with relatives or friends away from storm surge areas. The challenge is that not all residents are able, or even willing to leave when these storms threaten despite staunch warnings from city and government officials. Those that do stay, or, “hunker down”, are often those in the most dangerous areas closest to the coast or surge areas and face the sobering fact that if flood models are correct, they will likely perish or be forced to seek higher ground. The other major challenge, as Hurricane Harvey brought to the forefront, is how rescue workers and valuable supplies reach those who are surrounded by water. Boats and high-water rescue vehicles were used extensively for evacuations and to bring food, water, and medicine to the hardest hit areas where water levels were more than 8-10 feet. In some areas, residents even had to climb to their rooftops to avoid drowning. Post Harvey repairs and re-design of drainage and water abatement were immediately top of mind to help keep vital transportation routes open should the area ever be met with another lifetime flood event again. Even with these changes, the local mantra remains, “Turn around, don’t drown.” For emergency workers, police, fire, and medical professionals, though, there is no such luxury as being able to avoid these hard-hit areas where urgent help is needed. With boats and specialty vehicles as a quantifiable resource and air support scarcity, the only other option is to provide a way to keep roads open even in record-breaking flood events. Typically, large amounts of sandbags and dirt have been used to help alleviate the threat of water on highways in these situations, but in the case of floods like Harvey, there is simply no way to effectively prepare each roadway from flooding in time to allow for safer travel of emergency personnel. Further, these methods are highly unstable and are susceptible to collapse or failure due to the sheer amount of water being held back and can cripple vital supplies and medical help from reaching those in need. These damming methods are also highly costly and labor-intensive, placing workers directly in harm’s way when faced with the threat of potential flooding or throughout the duration of the catastrophe itself.

In the year 1996, flood protection changed forever with the invention of the original water-inflated Aqua-Barrier®. Now there is a very real method for keeping roadways and property free from rising floodwaters quickly and safely worldwide. In fact, our Aqua-Barrier® systems have been used extensively in some of the hardest hit flood areas by municipalities to effectively keep roadways and medical/supply staging areas open and operational. The utility of an Aqua-Barrier® is unparalleled in that the specific application can be customized based on need. For instance, long stretches of highways that are flood-prone can be protected at different heights relative to the water level anticipated. This type of cofferdam system also allows for rapid deployment and near zero maintenance once installed, freeing up valuable man hours and greatly reducing risk to workers and equipment alike. 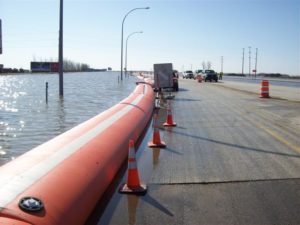 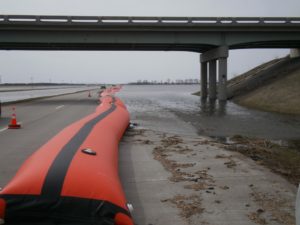 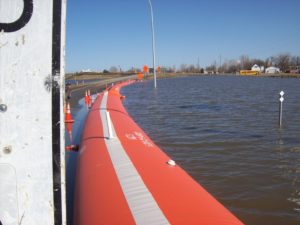 The other major benefit of the Aqua-Barrier® during flood events is commercial or civic/city property protection for essential duties. Our cofferdams can be used to fortify city management, disaster preparation, weather installments, and other critical activities that need to continue during high-risk flooding. This means that even in the worst hit areas, those in need can receive vital medical attention, supplies, and evacuation routes that are essential for preserving life during these catastrophic events. With proper advanced preparation, our cofferdams can help supplement washout areas, levees, and other flood mitigation methods to help minimize risk and increase mobility for emergency crews and the public alike. 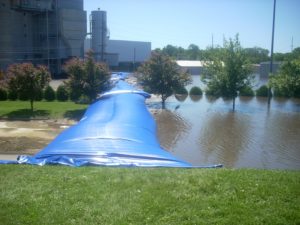 While there can never be enough advanced notice for flooding events, the Aqua-Barrier® has been proven to be one of the most cost-effective and functional flood prevention methods ever created. For those living in flood-prone areas of the country, this is an open invitation for you to explore our cofferdam solutions before the next hurricane or weather event arrives. We can help you keep your roadways open and available, your emergency crews and supplies flowing freely, and your essential buildings safe in the event of a disaster. Contact our sales team for a quote on the Original Water Inflated Aqua-Barrier® and be ready when extreme weather hits.